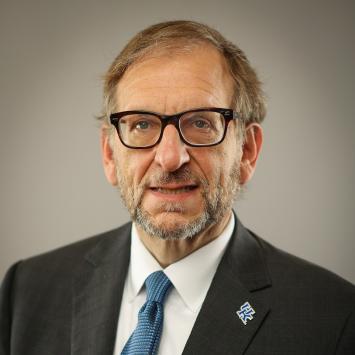 William E. Thro is General Counsel of the University of Kentucky, former Solicitor General of Virginia, and a constitutional scholar.  Over the course of his career, he has served as chief legal officer for both a public flagship research university and a public liberal arts college, litigated constitutional issues in the Supreme Court of the United States and lower appellate courts, taught courses on the Constitution at both the undergraduate and law school levels, and written extensively on constitutional law in education contexts. In addition to co-authoring two books, The Constitution on Campus:  A Guide to Liberty and Equality in Public Higher Education (2022) and Title IX: The Transformation of Sex Discrimination in Education (2018), he has published more than sixty articles in law reviews or peer reviewed journals as well as many book chapters. His articles on school finance litigation have been cited by the highest courts of twelve States.

As the Chief Legal Officer for the University of Kentucky, he provides initiative-taking strategic advice on critical legal and policy issues confronting a land grant research university with an integrated academic medical center, a high-profile athletics program, and an operating budget of over $5.6 billion. Before assuming his present position in 2012, he spent eight years as the first in-house counsel at Christopher Newport University, a public liberal arts university.  Prior to becoming  in-house counsel  at Christopher Newport, he represented public institutions as an Assistant Attorney General in both Colorado and Virginia.

He is a former Associate Professor of Constitutional Studies at Christopher Newport University and served as adjunct law faculty for both the University of Kentucky and University of Richmond.

A native of Kentucky, he received his undergraduate degree summa cum laude from Hanover College. In addition to receiving the Crowe Citation as the outstanding male in his class, he was the first Hanover student to become a Harry S. Truman Scholar. He earned a graduate degree with honours from the University of Melbourne while attending as a Rotary Foundation International Ambassadorial Scholar. His law degree is from the University of Virginia where he was a published member of the Virginia Law Review and research assistant to constitutional law professor A.E. Dick Howard. He began his legal career as a judicial clerk to the late Judge Ronald E. Meredith of the U.S. District Court for the Western District of Kentucky in Louisville.

He is married to the Rev. Dr. Julie Urback Thro and has three adult children (Sorrah, Will, and Noah) and a daughter-in-law (Amber).